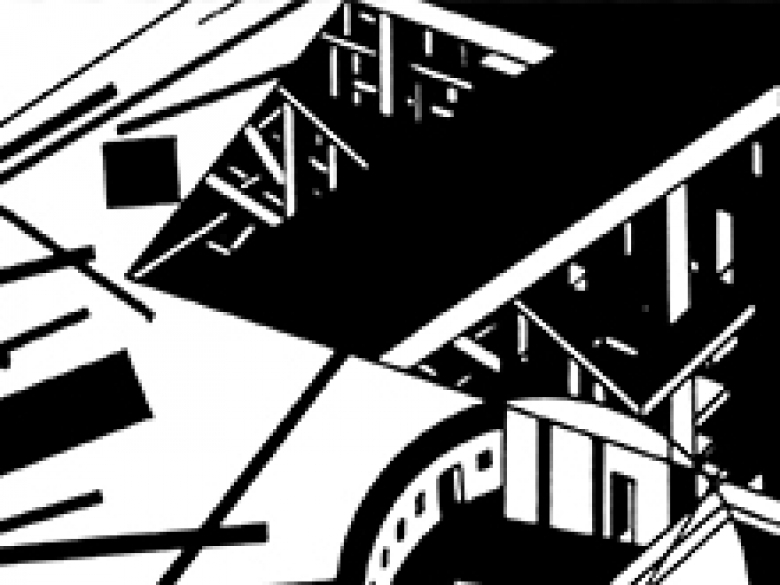 Taking as an inspiration the Architecture Fund lecture series "Dissidence through Architecture", which provided an in-depth overview of the attempts by architects in the former Socialist block to create outstanding nonconformist projects, this publication seeks to define the context in which architects, designers, and other cultural practitioners operate today as well. Our objective is to explore the notion of dissidence in the context of contemporary design, architecture and other spatial practices. The focus of this publication is the creative, disobedient or liberating tactics that are situated in the midst of the prevailing ideology of the neoliberal economy and media-saturated society. What kind of long-term and fundamental changes is the opportunistically behaving contemporary dissident better capable of envisioning?

“Dissidence through Architecture”, curated by Ines Weizman, Jurga Daubaraitė and Jonas Žukauskas in Vilnius in 2013, featured the architects Bogdan Bogdanović, Tallin school and Group T, Marta Stanja and others who work within different socialist regimes and have developed diverse works vis-à-vis what was considered official architectural practice – ranging from paper architecture, critical exhibitions and other diversions from the agendas approved by the state. Though being labelled as dissidents, these architects themselves tend to avoid this title. Members of the underground Moscow art scene of the late 1980s expressed similar sentiments:

“Rarely could you find any individual who opposed uncompromisingly the official structure. It was impossible to take a stand and resist without risking compromise in some way. So we found ourselves isolated but also professionally dependent on the government. We could not exist unless we assumed a double role and masked who we really were. If one did not comply officially, one stopped existing. One was blotted out, erased. If you consider serious resistance or protest against the authorities, you probably have in mind a free society in which such dissidence is tolerated, a society that does not marginalize you or put you outside the frame of life. [...] An artist requires physical space, materials, canvases, brushes, paints. If these tools are taken away, the artist ceases to exist as a material person”1.

Many of these specific practices – decisions to leave or to produce outside of state-owned commissions and bureaus – mark the specific relation to the state power (the only commissioner at the time), and signify attempts by the architects to carve out space for their own creative agency – a sort of ‘double existence’; being both conformist and non-conformist to the regime. Therefore, the question of whether this ‘dissident’ legacy of the Cold war era could inform the contemporary engagements in architecture, design and cultural practice perhaps should be taken one step further: looking into the ways of not only how one distances oneself or how one refuses and retreats from power structures, but how does one work along with them and how does one find gaps of opportunity within the existing system? Being dissident not as a revolutionary or a figure of resistance, but dissident as an opportunist.

Such a perspective hopefully brings the possibility of finding new definitions for agency in the field of the forces that endorse opportunism – the condition that emerged after the end of the Cold War, together with technological change and marketization. The ‘post-critical’ strategies of the early 2000s proposed engaging with these forces horizontally, but still keeping the promise of not totally complying with them. One of the proponents of the term, Robert Somol, talked about ‘projective’ rather than ‘critical’ practice; as criticality professed by the neo-Marxist tradition of theoreticians, precisely by distancing itself claimed to be powerless and closed off in its own autonomy.

“In the end, there is no useful form of exchange between the constative and performative (or the critical and projective); it’s simply a choice one makes: which world does one want to occupy, what game does one want to play? One can struggle – heroically, tragically – within and against “this” world; or attempt to reorganize its materials in such a way as to invite as many takers as possible into another. Design as nomination, as promise, as bequest, as sentence (voluntary prisoners?), or, as I might prefer, as wager”2.

Keller Easterling proposes the figure of the entrepreneur as being more capable of bringing change than any activist position: “Rather than tense resistance and competition, a strategy may ironically rely on the power of gifts, exaggerated compliance, rumour, misdirection, distraction, meaninglessness, comedy, unreasonable innovation, or contagions. The most productive move may be the selfishly-motivated innovation of the most abusive player.”3

The proposal to look into dissidence as opportunism leads to the question of how in the contemporary world, where power is dispersed in the realms of media, global logistics, neoliberal politics, with the market being the main form for the organization of society, does one engage with the relevant power? How does one find strategies from inside of these realms? Next to the arsenal of tactics outlined by Ines Weizman “from active political engagements, self-conscious inefficiency, tactical refusal, evasion and confrontation”4, what other relevant positions to mirror the power – ambiguous, double-bind, illegitimate – are present? Is the figure of the entrepreneur/opportunist likely to bring about change or does this constitute an oxymoronic expression?

Five invited speakers-writers from Berlin, London, Barcelona, Stockholm and Istanbul have shared the strategies of their practice and have presented different case studies. Tor Lindstrand and Håkan Nilsson, participants of the research project "Space, Ideology and Power" at Södertörn University, Stockholm, discuss the urban development tendencies in Swedish cities. They suggest looking closer at the heritage of modernistic urban planning that was rejected and neglected for many years. Using illustrations these authors analyze what seems to be one of the essential elements of contemporary architecture – the surface. What kind of subject is presupposed by neoliberal planning politics, and what kind of subject the modern movement was determined to create; how does that translate into materials, facades, surfaces? The contemporary subject of so-called “attention economy” is analyzed in the essay by Manuel Bürger, Berlin-based visual designer among many other activities. He presents his "Slippery Design" concept – how the formats of mass media communication, such as memes or instagram, and their pre-implemented design decisions can be taken as criticism of the power structures that create them. Ethel Baraona Pohl, co-founder of "dpr-barcelona" publishing house, talks about the newly formed architectural initiatives that react to the situation here and now and also exploit the endless possibilities provided by social media and other technologies. The distinctive feature of these initiatives is that they go beyond the ephemeral tactical urbanism and attempt to establish long-standing collaborations with a variety of actors: local communities, authorities and investors among others. The architect and founder of the Architecture Association's newspaper "Fulcrum", Jack Self analyses “subversive opportunism” through a metaphor of the Trojan horse – “working from within, yet against”. He looks into the role of the architect today by analyzing the social contract implicit in the current housing mechanism. According to Self, housing is the main tool of today’s power forces, it is the area where the Trojan horse should enter to create a precedent for new forms of life (life without debt). The essay by Eray Çayli takes us to Istanbul, where a lot of conflicts between the public and the authorities took place in public space in recent years. When the fundamental democratic right to protest is questioned, what kind of forms of resistance can be imagined? Çayli presents a position of one of the starchitects in Turkey, Emre Arolat, who has designed the biggest mall in Istanbul. By attempting to make this hypercommercial space accessible in terms of walkability and ease of access for everybody, the architect claims to have improved the situation of public space in Turkey.

Our special, heartfelt thanks go to the curators of the lecture series Ines Weizman, Jurga Daubaraitė, Jonas Žukauskas (Dissidence through Architecture, National Gallery of Art, 2013) and the volunteers of all the lectures. We would also like to give our thanks to the sponsors of the lectures Nordic Culture Point and Culture Support Foundation.