Siarhei Liubimau / Popular Urbanism and the Issue of Egalitarianism 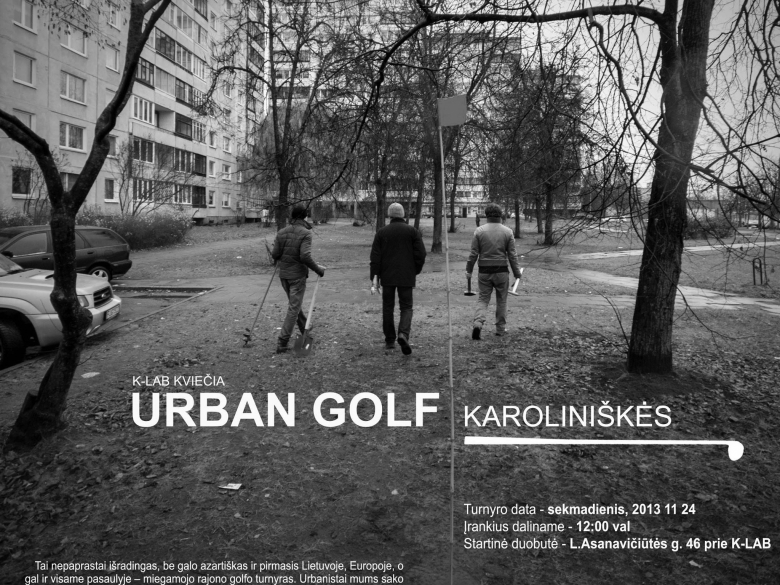 If we want to point to a break in the current form of urbanity and urban practices, it is high time to look at urbanity rather exogenously than endogenously. This means that rather than identifying emergent land uses in the city and groundbreaking social roles correlated to these land uses, we have to ask a question about what is groundbreaking in the ways urbanity sustains and legitimizes emergent social order. As opposed to asking what is topical in urban studies today, we should try to figure out why urban studies became so topical in the last two decades. Instead of figuring out differences in the ways cities are governed and their resources are accessed, we need an understanding of why urbanity is becoming the major locus of innovations in governance and accessibility of resources. At this stage I am tempted to hypothesize that since the end of the WWII ideal type societies were adhering to the model of democratic national policy and technocratic urban policy, while now we are tending to the reverse model where national policy is increasingly technocratic and urban policy is increasingly democratic. From an exogenous perspective it means that nation-state scale is less and less an appropriate arena for political representation, since national scale politicians are systematically constrained by supra- or extra-national policy and stakeholders. Simultaneously making a city is more and more often considered and lived as a hope for making a new type of citizenship. The examples are participatory city budgets (presumably a symptom of growing hindrances for representation of citizens’ will in national budgets); quantitative increase and qualitative diversification of institutions which take part in urban planning; the fact that urban planning decisions are more and more often becoming the targets for broad political discontent and fierce debates. Thus the most fundamental break that it is timely to point to now is that urban practices obtain a symbolic surplus and a new symbolic dimension in relation to other scale-specific human practices. To put it simply, values of participation are more often projected to the plane of land uses and the built environment. Now the question is how the current matters of a city should change our understanding of participation? In this context participation should not mean equal participation. The stress is rather that urban land uses and built environments become a more crucial matter for enacting and practicing state sovereignty. Globalization as an increase of foreign investment, intensification of economic international relations and complication of property regimes entails that land and urban milieu in particular become the strategic arenas where different sovereignty regimes are negotiated and crystallized. Currently it is possible to note that the issue is not whether a state is sovereign or not, but what are the various regimes of sovereignty that different states have. From the angle of the state this means that countries compete and position themselves in the global marketplace via their cities and localities, whereas urban projects as both major attractors and filters for people and capital become a crucial part of the sovereignty machinery. From the angle of citizens it means that urbanity is more frequently considered as a common, political issue and as a matter for solidary collective action. That is why today we can talk about popular (as both pop and people’s, not technocratic) urbanism and sometimes about urbanism with a populist flavour. Popularization of urbanism equally means the potentiality for the emergence of a new type of political populism.

Such a role of urbanity means the discovery of a new venue of life via valorization and commodification. If we look at the so-called ‘post-shelter society’ beyond just the financial lens, we notice that human agency is to an increasing extent influenced by various aspects of the urban environment. Urban infrastructures and soft place-making now crucially sustain lifestyle as a source of social distinction and of access to various types of resources. Popular urbanists or urban pioneers, as several studies of gentrification suggest, are the strategic forces in this process. What is significant here is that the popularization of urbanism means the creation of a niche for the new professional identities and professional ethos forming. The examples are specifically urban political activism, journalism for specifically urban life issues, place marketing as opposed to product and territorial marketing, the creation of infinite leisure formats via representations of space, etc. The result is a new combination of being a citizen and being a professional, which is created by the increasing popularization of urbanism. In this respect, one of the key changes this situation brings is a qualitative reconfiguration of the division of labour and hence a reconfiguration of social structure. This innovation is about the massive imitation of the work of, initially technocratic, expert urban planners by a  large numbers of citizens. Given the trend acquires more shades when confronted with the popularity of the term pro-sumption (a combination of production and consumption or professional consumption), characteristic to current job markets. Implicitly it has a geographical dimension too and can be explained as a profound mutation of the work ethos in developed countries due to the internationalization of the division of labour. The pro-sumption phenomenon is usually noticed and interpreted with reference to the realm of new communication technologies, which entail the growing digital mediation of life by user generated content. Here a digital profile as a node of personal data organization and as a new ego framework becomes a decisive infrastructure for the new mode of individuality. In such technological settings individuality is encouraged and mobilized to generate own content by laying claims to common affairs and frequently works as identification with and imitation of existing ethoses – from a celebrity’s ethos to ones of a political activist or an urban planner. As we know, any technology is successful as long as it hides its bias. Online social networks are appealing because they seemingly provide each actor with the boundaries of his or her individual ego in a fashion of a digital profile. Hidden bias here is that bounding egos this way means also encouraging egos to simulate the agencies, which are initially alien to them. In this sense online social networks are the technologies enabling users to systematically simulate, transgress and blur the boundaries of their social roles and professional statuses. A popularization of urbanism emerges precisely in these settings and it is reinforced by the growing dependence of the urban environment on the mediations of this environment by various individuals and institutions. It immediately exposes the manifold aspects of a city system and overtly presents comfort as the major common affair and as the major grounds for collective action. And since a digital profile structurally encourages individuals to create new content by identifying with the available range of social roles and ethoses, popular urbanism is principally based on the excessive multifunctionality of human action, which stems from the practice of imitation. In many ways popularization of urbanism and its political consequences constitute the regime of social life, which resembles Plato’s description of theatrocracy. Formally in Plato this concept depicts the destruction of the hierarchy of places and placing, caused by mixing genres through imitation. When we say that urban planning tends to be less technocratic now, it means that its agency can be proliferated. Saying that national policy has turned technocratic means that it is increasingly problematic to share and disperse national rule. Technocratic policy means the prohibition of an excess of rulers’ roles and statuses. In this light, urbanity as a new venue for common agenda making and as a new matter of what is ruled (city fabric and intra-urban relations) supposes a new mode of participation. The multiplication of digital mediations and of material adjustments of urban systems eliminates the old and produces new frameworks for solidarity or for gluing society together under some cohesive regime. This regime seems to be similar to both the ancient Athenian theatre with the rule of the audience and Plato’s cave with shadows on the wall distorting the true nature of things. It also seems similar to the way the leading communication medium today, online social network, is organized. And within this new digital version of a theatrocratic society a new concept of egalitarianism is being shaped. In contrast to the post-World War II democracies, where egalitarian thinking derived from the citizen’s share in the national economy, today’s egalitarianism seems to derive from the possibility to imitate professional or quasi-professional statuses, in that it is the growing variety of urban situations and dispositions which makes those fabricated statuses relevant and legitimate.