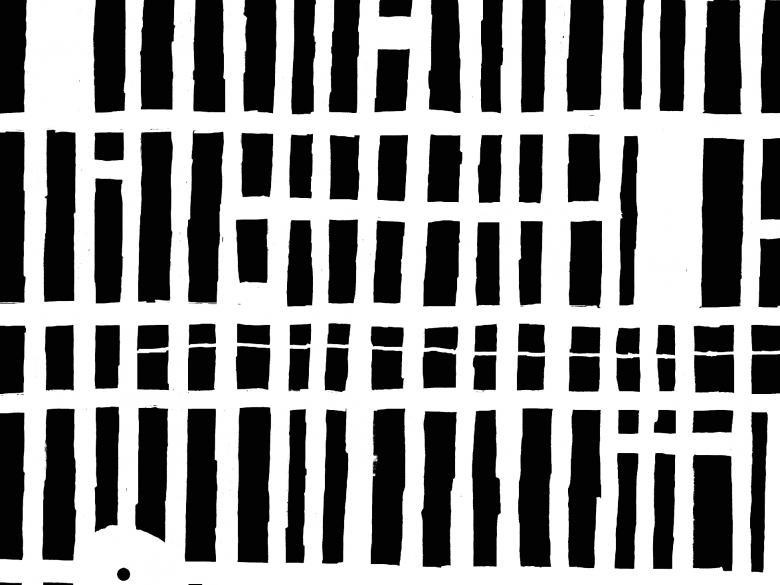 The French sociologist and philosopher Henri Lefebvre published his seminal work The Production of Space in 1974, in which he presented, among other things, an interpretation of the architect’s space. According to Lefebvre, it is naive to think that the architect, in receiving a segment of space to implement a certain project, has complete freedom to construct this segment urbanistically and architecturally. The perceived openness to the diverse urban and architectural possibilities of the empty paper sheet is only an illusion of freedom. In fact, as Lefebvre states, the empty white sheet already contains coded existing power relations. From an institutional perspective, what the architect drafts on the so-called empty sheet is determined by the interests of the developers and the movement of capital. Even more, the dominating tendency to form and consume space as a spectacle leads the fact that the optically consumable components of space are the most prominently featured in the projected space. In this way, as Lefevbre concludes, the architect’s space is an abstract, representative space, which will always remain different from the concrete everyday space of the citizens. The urban space practiced in everyday surroundings is not neutral either, but, as opposed to being determined by power relations, it is marked by existential intensities continuing from childhood.

This divide between the space drafted by the architect and the space practiced by the town resident puts the architect and citizen on opposite sides of the barricade. Of course, as with many other radical oppositions, the opposition of artist-citizen offers a simple and clear understanding of existing perspectives on the city. However, just as in many other radical oppositions the artist-citizen opposition is oversimplified in many aspects. Although Lefevbre’s divide can be easily found in certain contexts, the architect and citizen just as often fight together instead of against one another on incompatible polar opposite sides. The stagnant practices of city dwellers are sometimes no less dangerous than the space-classifying and calculating gaze described by Lefebvre. These days it is often the architects and urbanists who initiate projects which animate the inert practices of the citizens. In this case “designing space” means creating new ways of the city being practiced or renewing old practices and linking them to changing modern city infrastructure and reality, as opposed to a calculated draft of a space segment isolated from context.

In 2011 the Architecture Fund organized the lecture cycle “The City. Breaking Points” in Vilnius with presentations by architects August van Oppen and Marc van Asseldonk, Adam Bobbette and Etienne Turpin, Tim Rieniets and the philosopher Nerijus Milerius. The talk by van Oppen and van Asseldonk, where they presented the idea of “open-source urbanism”, was representative in the context of the tension between architect and citizen that had been delineated by Lefebvre. Echoing his ideas, the presenters stated that for a long time in Western Europe town residents, the everyday consumers of urban spaces, have been isolated from the products of architecture. However, van Oppen and van Asseldonk opposed the division between the architect and the everyday citizen by encouraging the development of open-source urbanism, which, analogously to open-source software, suggests the active participation of everyday city consumers in the processes of the city.

Although obviously there was a much wider array of topics presented in the lectures, the switch from “architect versus citizen” to “architect with citizen” retrospectively became one of the most distinct “breaking points” recorded in architecture and urban design. By the time the seminar “The City. Breaking Points” was organized in Vilnius on February 20 2014, with urban studies experts Benjamin Cope and Siarhei Liubimau, the architect Miodrag Kuč and the urbanist Mindaugas Pakalnis in attendance, this breaking point had become a focus point of essential discussion and debate, drawing other relevant urban topics around it.

This collection of lectures, essays and interviews has been compiled on the basis of these lectures and discussions. The aforementioned authors were joined in this publication by, Miles Glendinning, professor of architectural heritage, (an)architect and urban public space activist Matthias Rick, urbanist and architect Laura Panait, artist Jeanne van Heeswijk and architect and researcher Kuba Snopek. The field of perspectives discussed is very wide, even in the aspects of time and space, including Soviet and post-Soviet fractures to present-day phenomena and the realities of Eastern to Western Europe. Although dealing with a variety of topics is often a conceptual flaw, this time the compilers were interested in provoking the participants and readers to not only think about open-source urbanism and fracture points, but also break the architect-citizen divide and initiate activist forms of practicing the city, as opposed to sustaining a strict and coherent unity.

Our special thanks go to the curators of the lecture series “The City. Breaking Points”(NDG, 2011), “Process” (NDG, 2012), “Modern Heritages” (NDG, 2012) Sabina Daugėlienė, Aurimas Sasnauskas, Marija Drėmaitė, Lukas Rekevičius and the volunteers of all the lectures. We would also like to give our thanks to the sponsors of the lectures: The Culture Support Foundation, British Council, Netherlands Embassy, JUNG Vilnius, Solatube, Ergolain.